The Greatest Lesson the Bronte Sisters Gave Us

On this day in 1816, Charlotte Bronte was born – author of Jane Eyre and older sister of Emily and Anne Bronte who were also writers. It’s quite poignant to stop and think of these events that happened so long ago, but in a family of strong-willed individuals, it isn’t long before there is a debate opportunity: 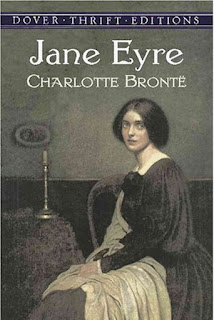 Which has the better ending? 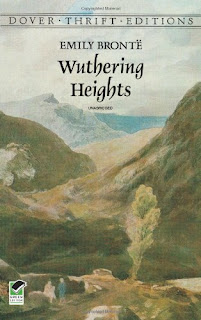 Jane Eyre by Charlotte Bronte has an almost fairytale like ending. Everything is resolved for the better – there is love and a convenient change in circumstances too! I don’t want to give away any spoilers, but no one can say that Jane Eyre does not have a satisfactory ending. Yes, there’s a tiny hint of darkness in the fairytale ending (no details on this), but there are generally smiles all round.


Wuthering Heights by Emily Bronte is quite a dark novel which spans two generations. Whilst the first generation suffer unspeakably, the younger characters overcome all this darkness to give the classic an intensely satisfactory ending. For me, the darkness of the novel adds exponentially to the hope and happiness at the end.


It may have escaped your notice that I am Camp Wuthering Heights. I think that the hope and love at the end of the novel is truly awe-inspiring. Having said that, it is one of my very favourite books so maybe I’m biased, but I love a book which has the light and goodness shining through the darkness. Sometimes (and I’m sure other readers will agree with me) a book will reach out and talk to you, connecting with your very soul. For me, Wuthering Heights is that book.


But don’t get me wrong – I love the story of Jane Eyre. I find it highly entertaining, thrilling and inspiring. I have spent part of this week in love with a house that, in my mind, is Thornfield Hall. I've walked up there when I can and simply gazed in the empty windows, and listened to the birds, thrilled that there were no human sounds at all.

Most of all, however, I love that Charlotte, Emily and Anne Bronte were all writers (and sisters!) but had completely different styles and opinions on what a good book should contain. I come from a family of writers and we love writing together and reading each other’s stories – but no one could ever say our books were the same. When I was little, I used to try and write books in the same genre as my older sisters, but soon found that I was meant to write for a different audience.


It’s incredibly important when writing a story to remember to include your own style – your own voice. I’ve just had to give up on a fantasy book I was reading (I’m very disappointed with myself) because the author had fallen into the trap that many fantasy authors do. He was trying to mimic The Lord of the Rings, and Game of Thrones, instead of developing his own unique style.


When I was teaching the P7s to write stories, I reiterated the importance of an individual’s style, and always showed how great it was to be unique. No, you don’t want to write like J K Rowling or Philip Pullman – you want to write like yourself!


So, while the Brontes left the world (too early) with some of the most spectacular British literature, the biggest lesson we can learn from them is that everyone is different. Every writer has their own style which is unique and special in its own way.


PS: I know I’ve missed Anne out from a lot of this discussion. I’d like to read one of her books but I don’t know much about them. Do they have a happy ending?