Why are Weasels Always the Baddies?

This topic was requested for the Crowvus Youtube channel by Judith Crow, Empress of the World and lover of weasels.

I really should have filmed/written this months ago, but seeing as today is World Animal Day, it seems like the perfect opportunity. So...let's break down why weasels are portrayed as the baddies in so many books and films! 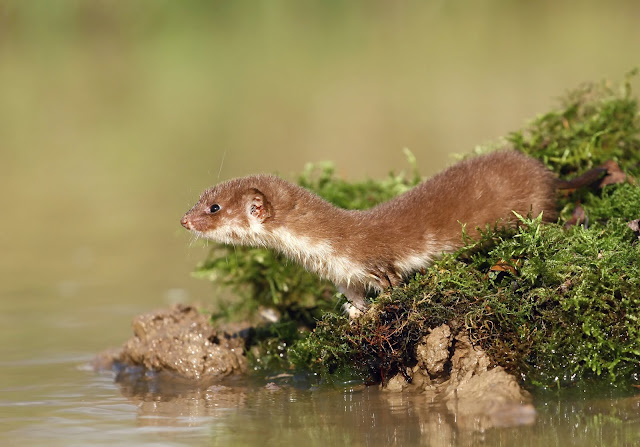 First of all, here's a disclaimer: weasels are not always shown up as the antagonists. One of the most fantastic Twitter accounts to follow is Celestine and the Hare where you can follow the antics of Baby Weesus and other characters.

One of the main stories where weasels are presented as the bad guys is, of course, The Wind in the Willows. The weasels of the wild wood take advantage of the situation when Toad gets himself arrested. They take control of Toad's rather large house, but are eventually beaten by the 'goodies'.

Judith also gets upset when watching the third Hobbit film "The Battle of the Five Armies" when one of the unpleasant characters is called a weasel. It's true - weasels do get a bad press in literature.

But it's not only recent culture that has portrayed weasels in a poor light. In Greek mythology, weasels were bad luck. Some Native American communities also saw weasels as a sign of death. In Japan, agricultural accidents used to be blamed on weasels.

Weasels are rather beautiful creatures, very sleek and elegant, but they are also clever predators. Their prevalence as a predator in their food chain, compared with their small size, is somewhat remarkable in the natural world. They are small but deadly - an unnerving prospect for humans - one of the largest mammals in the British Isles. To put the situation rather harshly...

Weasels are small and very intelligent. They have adapted perfectly to their natural environment. Humans are large and can be rather clumsy in the natural world. We are opposites and, as humans, we don't tend to like things which are too different from us.

Now, there's no nice way to say this, but...weasels are fierce! A least weasel is ounce-for-ounce the deadliest predator in the world. They are very small, but will attack prey 10 times their own weight! Quite an accomplishment, but a quality better suited to a villain than a hero, don't you think. Their intelligence also makes them 'top dog'. Remember: intelligence is power! Don't forget that, in stories, you want the villain to be the more powerful than the hero. It would make for a boring read if the hero was obviously going to win from the start. In this case, the fact that weasels are often the baddies is more of a compliment to their success than a show of dislike.

And then, of course, we have the fact that humans are generally quite sentimental towards animals. This is made obvious by the number of vegetarians we have. In the UK, especially, we tend to favour the underdog. So we get sad when cute little bunnies are killed, or a dormouse loses its young. And who is often to blame for these deaths? You got it - the weasel! Of course, the poor weasel is only trying to feed itself or its own babies, but humans don't like to think about that. They're just sad that the doe-eyed rabbit has become dinner.

Part of me still wonders if there is a slight issue of resentment too. Humans have paraded around the planet, sticking up flags and marching their toy soldiers, but we still can't be described as the deadliest predator. We go and shoot rare species so we have something pretty to hang on our walls, or we kill birds because they ruin our profit-making enterprise, but we're still not as successful as the weasel. In our tiny human psyche, we can't accept that another creature is more successful than we are. In response, we demonise them. We make them the baddies.

So...there's my thoughts on why weasels are often the bad guys. What do you think?