Harsh Truth Thursdays - the Predicaments of Self Publishing

I thought it would be fun to upskittle the apple cart, and provide a few harsh truths about the writing and publishing industry every Thursday. My goal? Well, to educate people about the difficulties that self-publishers face, and to provide some emotional support to the folk who are driven mad by it! 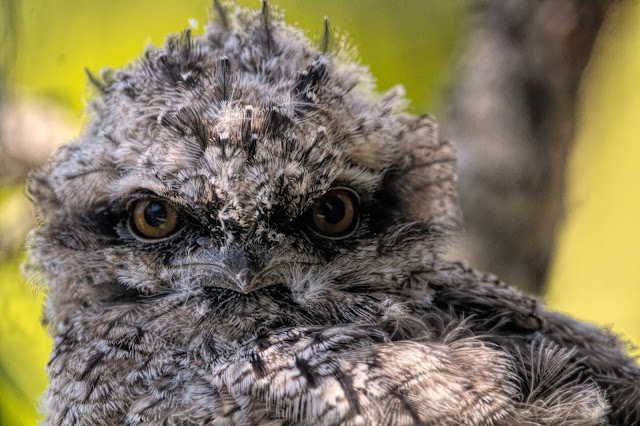 Yes, this is a cross owl! Photo by Elliot Connor from Pexels

Want a bit more positivity? Then come back on Saturday for "Positively Weekend" blogposts.

Before I start, we need a bit of background on Crowvus. Crowvus Publishing began as a co-operative of different authors, each publishing the other's work. We don't publish our own but, up until 2020, we weren't open to submissions. Then a wonderful thing happened! We became successful!

Because of our success, we were then able to open up submissions to other authors, only one at a time. So, we are an independent publisher, and not really classed as self-publishers anymore. But we are so aware of the difficulties facing self-publishers from a few years of battling through indiscrimination.

I've never submitted any book to a traditional publisher or an agent. It was a conscious decision. I love the creative process - not just the writing of the book, but also the design and the marketing side. I wanted more control over my book's journey. I knew there would be difficulties when I chose this route, but the injustices still annoy me.

The first time I came across this was during my debut year. On the advise of other writers, I tried to join a debut group but was told "no, thank you. Only traditionally published authors allowed." Wow! But, I thought, never mind! The internet is full of self-published authors banding together to form a strong community. And I moved on.

The more I researched and read, the more I realised that so much of the publishing business stank of indiscrimination. What began to annoy me was when companies said "welcomes all publishers" or "calling all authors" and then you read the rules and it turns out that self-publishers don't count. Here's a great example of this I found recently: 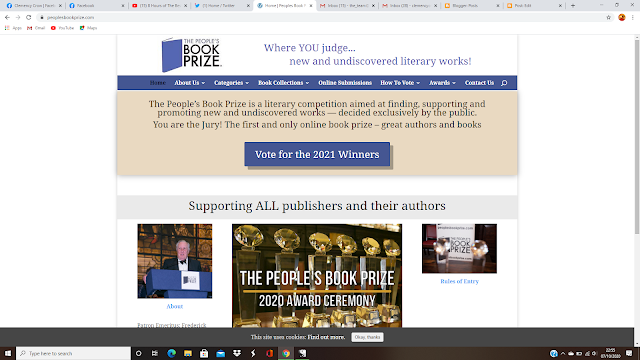 I also once came across a couple of people who organised authors to write to schools. Lovely idea, but they didn't want self-published authors. Fair enough - their business, their rules - but they were still tweeting about "Calling all authors". I mean, hello? Seriously?

And then there's independent bookshops. Well, I've worked with some stunning indie bookshops which I will support until my last breath, most notably The Rabbit Hole in Brigg who were absolutely tremendous during my book launch for Taking Wing. But there are also some out there who like to cash in on the indie name and make the most of times like #IndieApril but who don't want to know self-published or even indie-published authors. In my opinion, the indie world should stick together. We'll look out for each other.

I know people dislike Amazon, and I can absolutely see why. But Amazon welcomes indie and self-publishers with open arms. They make us feel valued and appreciated and not like we're second class creators. More Indie bookshops need to start showing a little more respect to the indie world. Yeah, these Harsh Truth Thursdays are just that. Harsh and truthful!

But this is not just any old rant. This is designed to make self-published authors feel like they're not alone. The world of publishing is not always a nice place to be. It's cut-throat. It's upsetting. But we're in it together and, together, we're going to change the world one edited sentence at a time!

April 11, 2020
Our fourth Indie Hero is well deserving of the title. Not only is he a successful author in his own right, he also spends much of his time helping other authors on the Writing Community Chat Show. I have often seen authors asking for publicity and yet not giving back in return. Not Christopher! His Community Chat Show is a perfect way to give back to the #WritingCommunity Thanks, Christopher! Deep: the Climb of Truth Blurb "It was hard to imagine my father as anything other than that to me, I couldn't think of him as a killer" A young woman named Dee steps into a world of discovery and fear. Having been brought up isolated from civilisation she is separated from her father and her so-called home. She sets out on a journey through a world of danger and mystery; risking everything to stay alive and reunite with her father Eli. Eli who leads a secret life, entwined in dark and dangerous military experiments that threaten human existence. "This book
Post a comment
Read more

April 28, 2020
I'm thrilled to be taking part in the book tour for this really enjoyable book "Mrs Murray's Home" by Emily-Jane Hills Orford! Mrs Murray's Home Blurb Home is where the heart is, or so they say. It’s also been said that a home is a person’s castle. But home is also with family and friends. Mrs. Murray longs for home, the family home, a castle an ocean away. The Brownies also crave for home, the same castle Mrs. Murray considers home. And Granny? Mary’s Granny hasn’t been home since she was Mary’s age. It’s time to visit the homeland, Scotland. Mary’s excited to tag along with Granny, Mrs. Murray and the Brownies. And then there’s the witch. The one they thought they’d killed. And the treasure. The one they had found. And it all ties together, for better or for worse. Join the adventure in book 3 of the popular “Piccadilly Street Series”. Review I loved most of the characters, in particular Brunny. He seemed human (although, of course,
18 comments
Read more

April 12, 2020
Our 6th Indie Hero is Steve Exeter, author of "Severus: the Black Caesar"! This is a brilliant book to end our first session of #IndieApril interviews. Next week marks the launch of Susan Crow's book "Child of the Earth" so we'll be spending next week promoting that. We're hoping to go back to these interviews the week after. Happy #IndieApril! Severus: the Black Caesar Blurb Severus follows the amazing true story of a rebellious boy who grew up in an African province and became the first Black Caesar of the Roman Empire, the head of a dynasty that would lead Rome through bloody civil wars and rapidly changing times. As a young man, Severus hates the Romans and conspires to humiliate them. What begins as a childish prank unfurls into a bloodbath that sends Severus careening into his future. Through a tragic love affair, dangerously close battles and threats both internal and external, Severus accrues power — and enemies — in his unlik
Post a comment
Read more