Objects to Inspire - an #AuthorOfTheWeek blog

April 28, 2020
Last April I launched Beneath Black Clouds and White. It's a book of which I'm exceptionally proud for a number of reasons. Among them, is the fact that I researched and researched, not just dates and events, but the critical thinking of the time (1790s) and the classes involved.

Being somewhat limited in my interests, I have also accumulated several items which - though many have virtually no monetary value at all - are invaluable to me. Letters written in the hand of a contemporary of my book... the weave of the parchment it was written on... you can't beat the chance to hold these objects in your hands and feel the history seeping through to you.

As a countdown for last year's book launch, I shared a number of objects which I've collected. Most of them are a little later than Beneath Black Clouds and White was set, several linking in to later books which I have written.

Here are a handful, as well as an explanation of why I have and hold them... 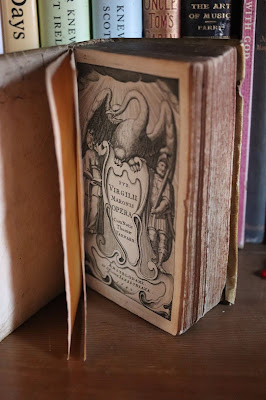 The oldest of our collection - a book dating from 1642.
It's strange to think of all this little book has been through, and stranger still to think about how many re-tellings the content had endured before it was printed here.
(Virgil was writing this c.20BC) 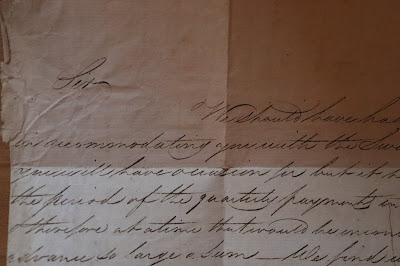 A large number of my obsessively hoarded antiques are letters.
Some - like this one - I just had to have on the grounds of the handwriting alone.
I mean, honestly, I'd fallen in love with this guy by his first W!
This is also the oldest of my letter collection, dating back to the end of the eighteenth century. 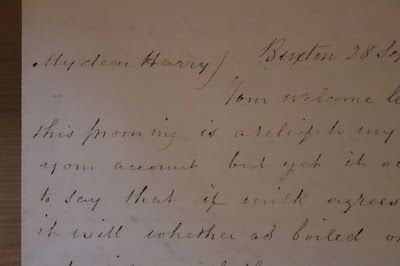 This one, though being about forty years too late, was irresistible.
It was sent from Buxton - a town which features prominently in Beneath Black Clouds and White - and is all about the advice of a doctor, the very occupation of my own Henry Fotherby in the book! 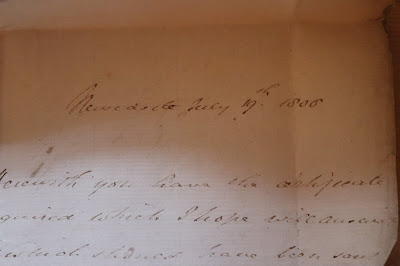 July 1806 takes us out of Beneath Black Clouds and White and into Day's Dying Glory, my first novel. This letter is from a lawyer to a lady, it could easily have been sent from my Mr Dermot to Miss Imogen Tenterchilt. 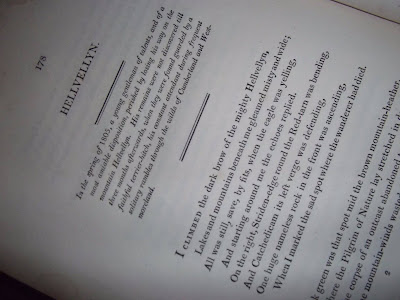 Sticking with Day's Dying Glory for a moment - this is a copy of Sir Walter Scott's Ballads and Lyrical Pieces, which is referenced in Day's Dying Glory.
This is a first edition, and was given to me by my first fan! 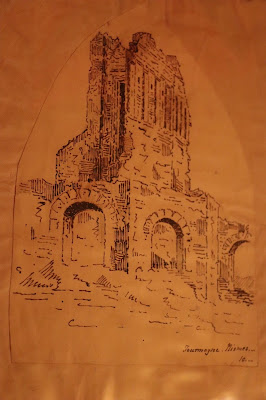 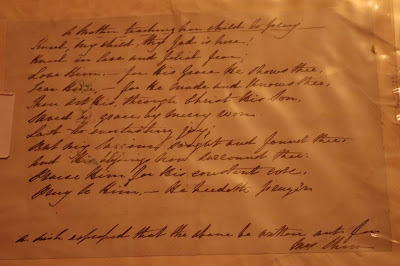 Day's Dying Glory - chronologically the second part of this family saga - spans the years 1806-1812. This picture was drawn by a young man on the Grand Tour. It has been cut out from his sketchbook and stuck to the back of this poem. 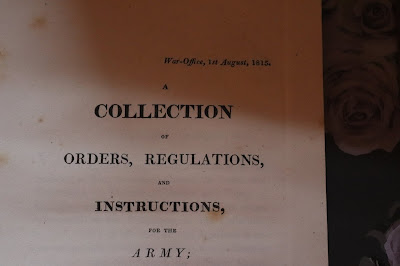 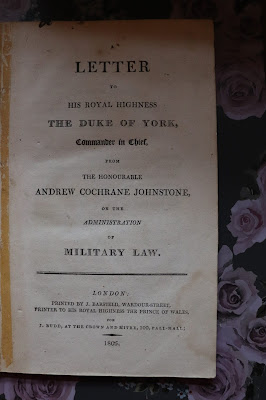 The military - perhaps unsurprisingly, given the dates of my books - features heavily in the stories. In Beneath Black Clouds and White, Fotherby is training as an army surgeon, Tenterchilt begins the book as an army captain, and the pair meet at the Siege of Valenciennes. The meeting of these two gentlemen shapes the saga which will cover more than sixty years.
The publications shown here, along with several others which I don't have copies of, featured in my research and understanding into how the army ran and - perhaps more importantly - perceived itself at the time. 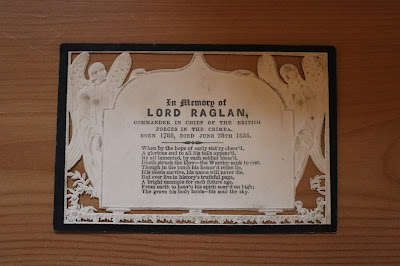 The yet-to-be-edited-and-published parts of this family saga, run via Waterloo and on to the Crimea. Currently, this is where it ends but, as all sagas should be, it is left open to the possibility of future events and adventures.
This memorial card is a pretty good indication of how everyone loves you when you die. Largely criticised, and with a decent argument to suggest this criticism led to his death, people of the time were pleased to remember Lord Raglan fondly once he had gone. 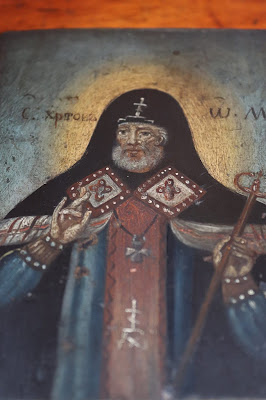 My final little item is treasure, indeed!
This icon was taken from a priest's house in Sevastopol.
It's not big, it's not showy, but it is beautiful, and has a legacy which transports me back every time I look at it.

In a way, these items are as timeless as their stories. They are not trapped in the time they were made, because they have lasting worth to a new audience, years down the line. Writing historical fiction is a bit like that. Very few people want to read a story which has no relevance for today. But the fact is, history always has something to offer the modern world. As authors we just have to find that thing.

As far as I can make out, the best examples are those of human relationships. After all, we may have leapt on with advancements in many respects, but what makes us people is our ability to love, mourn, and celebrate one another's lives. That hasn't changed for hundreds of years.