April 12, 2020
Our 6th Indie Hero is Steve Exeter, author of "Severus: the Black Caesar"! This is a brilliant book to end our first session of #IndieApril interviews. Next week marks the launch of Susan Crow's book "Child of the Earth" so we'll be spending next week promoting that. We're hoping to go back to these interviews the week after. 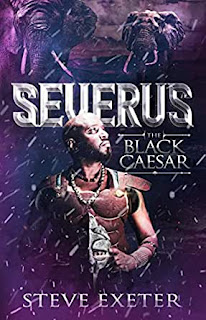 
Severus follows the amazing true story of a rebellious boy who grew up in an African province and became the first Black Caesar of the Roman Empire, the head of a dynasty that would lead Rome through bloody civil wars and rapidly changing times. As a young man, Severus hates the Romans and conspires to humiliate them. What begins as a childish prank unfurls into a bloodbath that sends Severus careening into his future. Through a tragic love affair, dangerously close battles and threats both internal and external, Severus accrues power — and enemies — in his unlikely rise to become the most powerful man in the ancient world.

1. In a 5 star review of “Severus: The Black Caesar”, it was clear you are able to paint a vivid picture with words, whether that is of battle scenes, garrisons or feelings. What advice would you give to another author who is trying to develop their description?

I trained as an actor and drifted into screenwriting, originally SEVERUS was conceived as a 7 part drama series for TV. It struck me that it had enough meat to make a strong novel – in fact, it’s the first of a trilogy of books about Severus, his son Caracalla, and his wife Julie Domna. My challenge was to expand upon my economic stage directions from the original scripts and develop them into descriptive prose. With hindsight I think it takes me a few chapters to find my feet as it’s hard coming from a dramatic background to not simply transcribe the dialogue scenes to tell the story. Luckily, I had wealth of characters and places to describe, plus some epic battle scenes so there was plenty to get my teeth into. I always strive to be clear and concise in my storytelling as one of the most frustrating things for a reader is to be confused and unable to follow the events or thoughts of the characters as they turn the page.


2. As the story is a real event, research must be incredibly important for you! This is something I’ve never got to grips with! Is there some kind of secret or technique you use when you’re researching?

I’ve been reaching this project on and off for about 20 years. I’d heard about this character of Septimius Severus who many believe to be the first black Roman Emperor, although this is a contentious point but it’s on record that he was the first African to visit Britain during the Roman occupation. The main thrust of the drama draws from the historical Year of the Five Emperors, 193 AD where Rome is at civil war and five claimants strive to march on the capital to grab the throne. The key to research is to read as much about the subject as possible, keep good notes and speak to experts with varied backgrounds and opinions.


3. A few people have said that your story would make for an incredible TV show, or should be on the big screen. Who would you like to play your main character?

The TV series is currently in development and Marlowe Simms is playing the title role. Marlowe, who’s not only an actor but a singer has based his stage act on Severus and goes by the name Septimius the Great @Septimiusmusic on Twitter. You can see the teaser on Vimeo here: https://vimeo.com/onlineinquirer/severus-teaser - Marlowe was clearly born to play this part and I think it’s going to make him a household name.


5. What is your favourite ice cream flavour?


6. I noticed you have an audiobook available from Severus: The Black Caesar. How did you go about doing this, and would you recommend it to other authors?

I thought that producing an audiobook was a step closer to realizing the project in a dramatic form whilst we’re in the process of developing the drama series for TV. Marlowe Simms was busy touring so he was unable to record the narration, but I was very lucky to find Ifeyinwa Unachukwu, a brilliantly gifted Nigerian-born actress from Los Angeles. Ifeyinwa @ify_ify_ify on Twitter has worked on the Marvel movie franchise and also played the singer/pianist Nina Simone on screen. https://youtu.be/8Wc9Bj5CB_A

My advice for anyone looking to make their own audiobook, it takes a lot longer than you might think as ACX (Amazon Audible) have a strict quality control process you have to adhere to before they launch your title. From start to finish it must have taken about 5 months and allow plenty of time for the casting process and be prepared to pay an above average hourly rate to get the best narrator as they’re always busy.


7. Is the Roman Empire the period in history that you are most keen on? What do you like best about it?

I have always been fascinated by the Roman Empire right back when I studied Shakespeare’s “Julius Caesar” at school and loved the movie versions, in particular Marlon Brando as Mark Anthony and also Richard Burton in “Cleopatra”. I was also blown away by the BBC adaptation of Robert Graves’ “I, Claudius” starring Derek Jacobi, Siân Phillips and John Hurt and thought it was one of the best drama series I’ve ever seen!

Thank you so much, Steve, for participating in this #IndieApril interview! It's fascinating to get a behind-the-scenes look at your book, and I hope we'll hear a lot more from you in the not-too-distant future!

Readers, please take a look at Steve's website, Twitter, and Purchase Links. You're in for a treat! 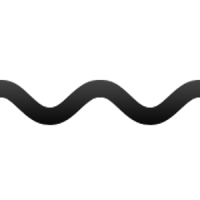 Tomorrow, Crowvus is launching "Child of the Earth" by Susan Crow. We had hoped to have an event, but of course this would not be a good idea! Please go onto Twitter and, after following Steve Exeter, search for our ongoing tweets tomorrow. We'll be using the hashtags #CotE and #TwitterBookLaunch to keep in touch with readers.
See you then!