March 10, 2019
I've not been able to publish many posts so far this year, but I can't think of a better way to start this blog up again.

The next couple of months are going to be an exciting time for Crowvus. We have the John o' Groats Book Festival coming up, and 2 books launching in April! Yes, 2! It's like London buses...nothing for a while and then 2 come along at once!

Today, we have the very thrilling job of revealing the cover and trailer for Beneath Blacks Clouds and White - the 2nd novel by Virginia Crow.

Although written as a prequel to Day's Dying Glory, this poignant historical fiction novel can be read without any knowledge of the characters of the 1st book.

Despite adoring his family and enjoying frequenting gaming tables, Captain Josiah Tenterchilt’s true love is the British Army and he is committed to his duty. As such, he does not hesitate to answer the army’s call when King Louis XVI of France is executed.
​Accompanied by his wife to Flanders, Josiah finds his path crosses with a man who could not be more different from him: an apprentice surgeon named Henry Fotherby. As these two men pursue their own actions, fate and the careful connivance of a mysterious individual will push them together for the rest of their lives.
​But it is a tumultuous time, and the French revolutionaries are not the only ones who pose a threat. The two gentlemen must find their place in a world where the constraints of social class are inescapable, and ‘slavery or abolition’ are the words on everyone’s lips.


I'm not sure this blurb shows the tumultuous emotions and actions regarding abolition that are prevalent in the book, or the dangers of looking to the past. The book rises to many climatic points - both heartbreaking and heartwarming - but the theme of injustice flows throughout the entire novel.

So...now for the big reveal. 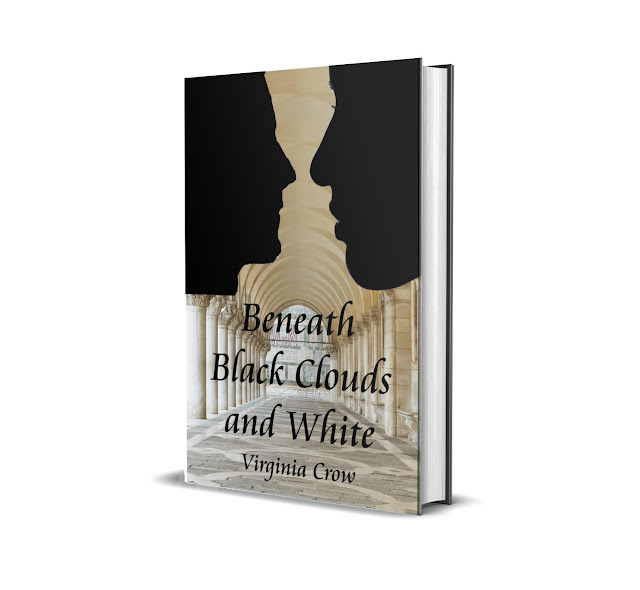 It's up to you who you think the two characters on the book cover are. I have my own idea but the benefit of silhouetted photos is that you can put your own imagination onto it. And which one of us imagines a character in the same way as someone else? The great thing about books is that we can exercise our own creativity while standing on the shoulders of the author.

Something I like about the cover, whether or not it was deliberate, is that one shadow has a more rugged edge. The other is smooth. Does this say something about the characters that are shown, or am I looking too deeply into it? Again, you can make up your mind.

And I do love a good book trailer...


Have I tempted you to pursue this inspirational book? Find out more at www.crowvus.com/projects

Interested in a cover/trailer reveal? Contact me (Clemency) at the_team@crowvus.com and put "Cover/Trailer Reveal Request" in the subject line.